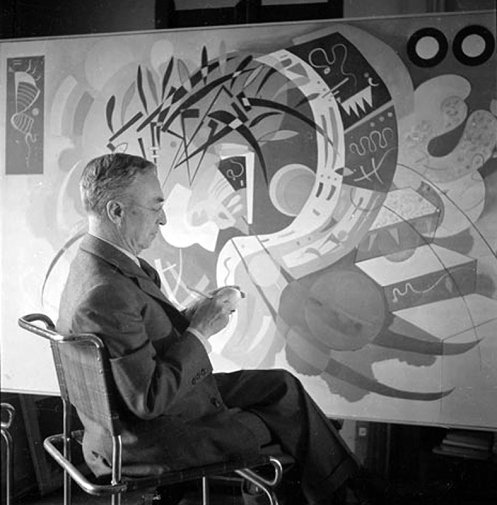 It’s Studio Sunday! Today we’re taking a look inside the personal studio of Wassily Kandinsky. Kandinsky is best known as one of the pioneers of abstract art, using impressionism as a starting point and eventually finding a way of working that allowed him to compose images entirely from his own imagination.

Kandinsky’s studio space, seen in the images, was a rather tight space, packed with books and bottles of pigment, with sketches and paintings, perhaps for inspiration, crammed onto the walls. There is a cozy feeling to this studio, a romanticized early-20th-century study, complete with the image of the artist hunched over their writing or drawing table.

While Kandinsky is known for his artworks, he was something of a renaissance man and produced a great deal of writing as well as a few works of experimental theatre, plays based on different colours. These forays into different disciplines helped inform his overall practice – the series of plays led Kandinsky to start veering away from representation in his paintings, creating a series of works (Improvisations) that were more like abstracted versions of representational forms. He carried on in this style for several more years, finally arriving at a style that left behind all notions of representation, instead focusing on the spiritual, expressionistic nature of creating a painting. 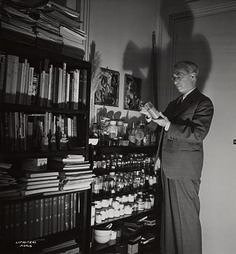