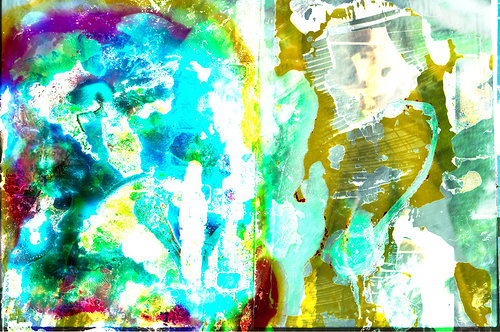 Guillaume Vallee is a French-Canadian artist who takes a particular interest in film and animation and experimental techniques involving the technology used to create these moving pictures. 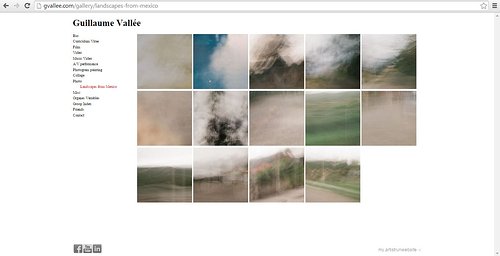 Landscapes from Mexico on www.gvallee.com 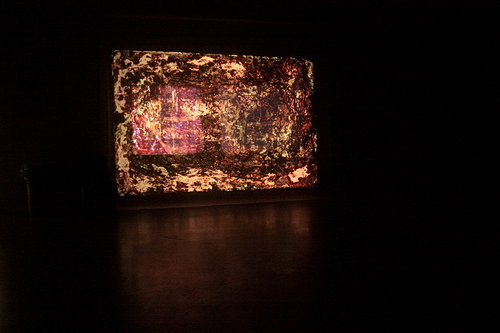 In Guillaume’s style I see an appreciation for digital mediums, and an eagerness to manipulate those mediums to their fullest extent. Aesthetically, his works call to mind a television set that hasn’t been properly adjusted, with static interference and layered images in outlandish, almost alien colours. There is something classically surrealist about these flashing colours and images, often set to eerie and not quite musical.

DUST ON THE HEADS!, vhs

Still images and hand-done work also feature on Guillaume’s webpage (www.gvallee.com). His black and white collages seem much quieter than his experiments in film and animation, though they have the same chaotic sensibility. Often starting from photographs from past historical eras, he cuts away and adds until faceless bodies float in dark spaces, or until faces are the only recognizable thing in a sea of paint and cut marks and bits of paper.