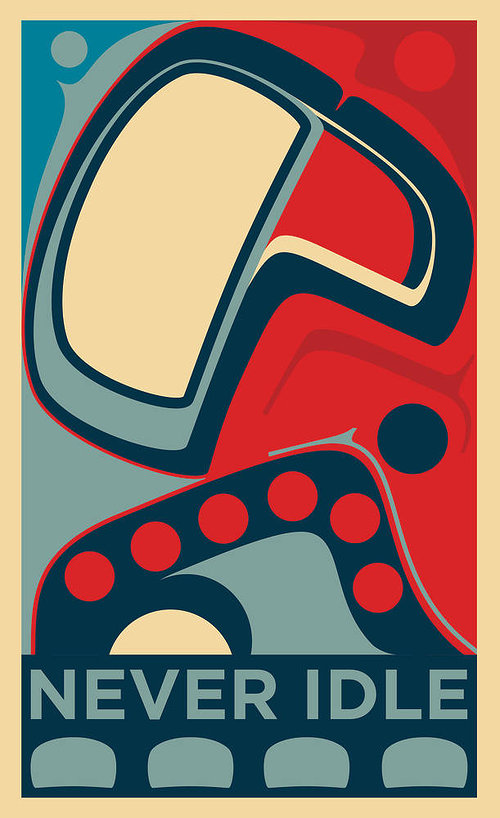 Montreal-based artist Sonny Assu is well known for his body of work that uses the iconography of traditional indigenous art, while still working with contemporary materials and aesthetics, and tackling important, socially charged subject matter. 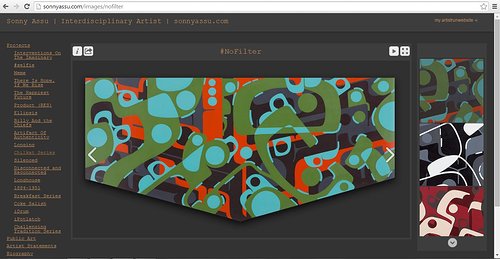 Much of Sonny’s materially varied work comes from a conceptual standpoint of challenging notions of the true nature, appearance and relevance of traditional indigenous art forms. As a Canadian artist, Sonny is looking at a particularly complex and problematic history of oppression. In contrast to the weight of his subject matter, many of Sonny’s works are bright and almost pop-art-esque in form, sometimes emulating the simplified graphic imagery one would see in advertisements – the most striking examples being his pieces that emulate logos on products as ubiquitous as Coca-Cola, Kellogg’s cereal, and a recent ad campaign by the Gap.

The forms of Sonny’s artworks force the viewer to think more closely about how we read and immerse ourselves in this kind of advertising imagery – as well as the tension that occurs when traditional meets commercial.

Billy and the Chiefs: The Complete Banned Collection, 67 elk-hide drums, installation at the Vancouver Art Gallery