Roman Ondak is a Slovakian artist who specializes in performance and conceptual art. He doesn’t necessarily produce his works in a studio, but rather composes them, often with large groups of people, sometimes in a gallery and sometimes in public. 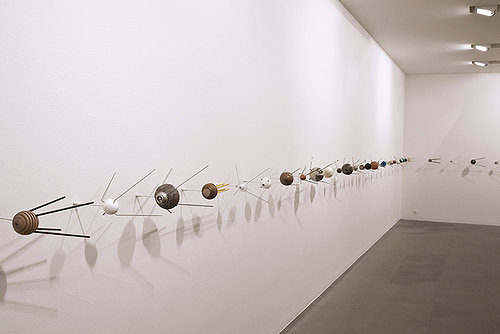 One of Ondak’s most famous pieces is called Measuring the Universe. In this piece, Ondak takes the white walls of a gallery and has museum attendants measure the height of guests that pass through, writing the guest’s first name and the date of the measurement beside a line drawn where the wall meets the top of the guest’s head. As the exhibition goes on, the formerly white walls become covered in black ink marks until all the names run together and become illegible. In the photo above, you can see this work at the MOMA in New York.

I love the way that Ondak goes past traditional means of artmaking, inviting the public and non-artists to participate: he frequently resorts to using strangers as both assistants, and a sort of medium, in his work – in previous works, he asked steel workers to sculpt the wrappers of candy bars they had been given, or children to draw what they thought their city would look like in a thousand years. 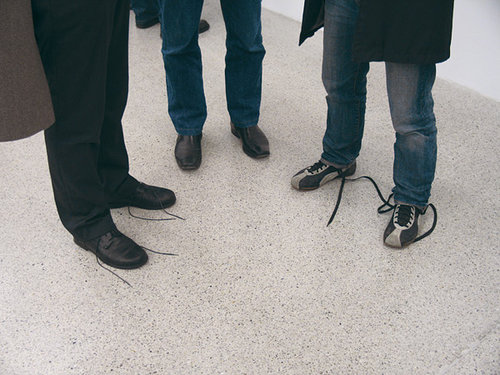