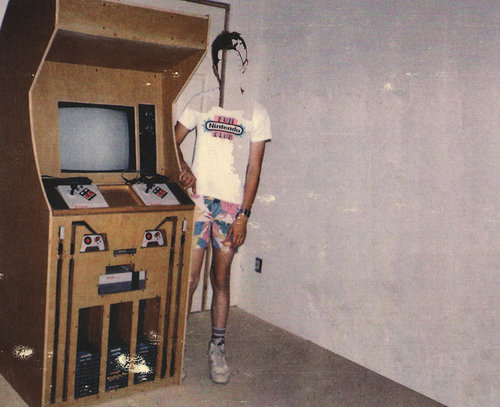 The contemporary world and its focus on digital interaction is one of the primary focuses of Hollis Brown Thornton’s artworks. Born in Aiken, South Carolina, received his BFA from the University of South Carolina, before working for a number of years as a gallery director and preparatory. He now works as a full-time professional artist and is still located in Aiken. 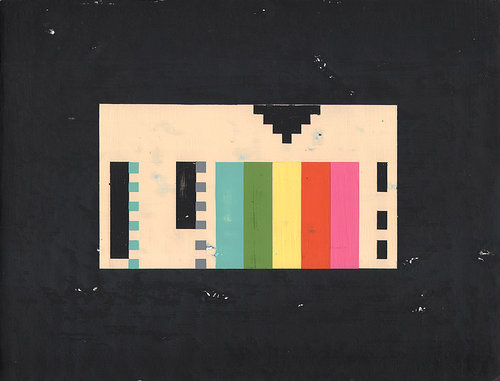 Thornton uses often familiar imagery from pop-culture and from an era in history when 8-bit video games and VHS tapes were in popular use. Now slightly dated, the imagery in Thornton’s work gains an added layer of loving nostalgia for a large portion of his viewers.

While Thornton’s appropriation of video-game imagery is interesting, I am a particular fan of the works where he takes the imagery further, using pigment transfers on canvas to create fragmented scenes of a particular era, sometimes combining gaudy wallpaper with images of VHS tapes and old television sets or gaming consoles, as well as paintings of rooms, walls covered in dated posters. 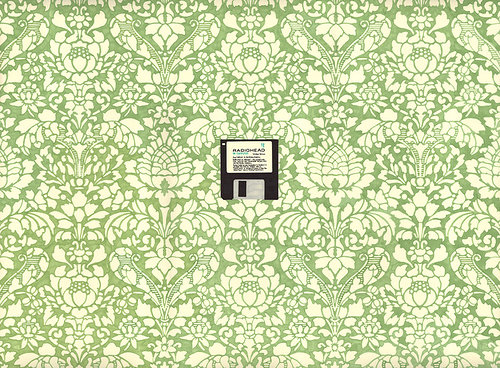