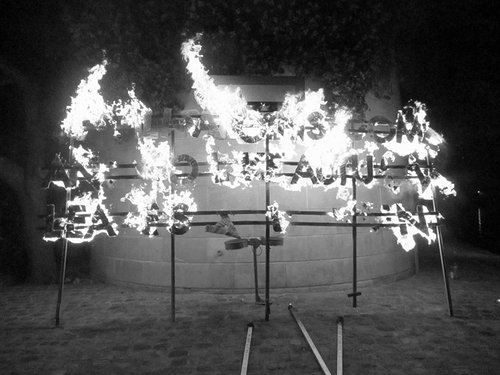 Another artist who uses text as his primary medium is Robert Montgomery. Robert’s text pieces are generally displayed in public and often feature longer blocks of text, devoid of punctuation, that tend to read as lengthy, shouted rants as much as they do complex poetry.

While the content of Montgomery’s messages is an undeniably important part of the work, I really adore his “fire poems.” These works are poems as well, made up of large, flammable letters arranged on a metal frame and then set alight. The slow deterioration of the meaning of the words, as they are devoured by flames, becomes a powerful artwork in its own right, and the temporary nature of these makes the original words all the more poignant. 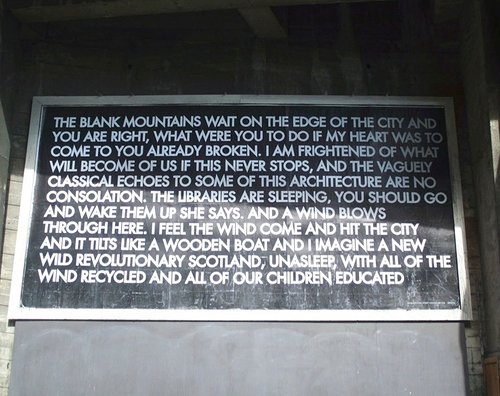 Montgomery was born in Scotland and still lives and works in the UK. Many of his works contain references that are specific to this region of the world however his work reaches an international audience with gallery showings across the globe. His artwork was featured in the 54th Venice Biennale, as well as the Kochi-Muziris Biennale in 2012 – the first Biennale to be held in India. 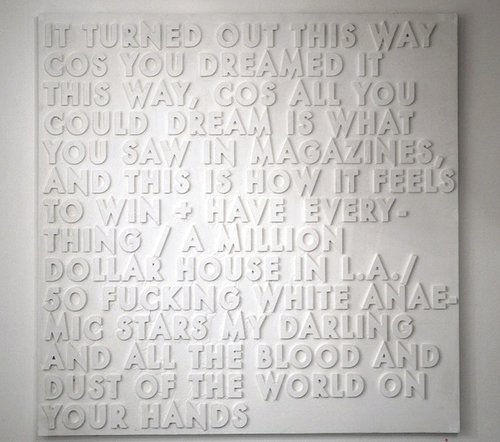