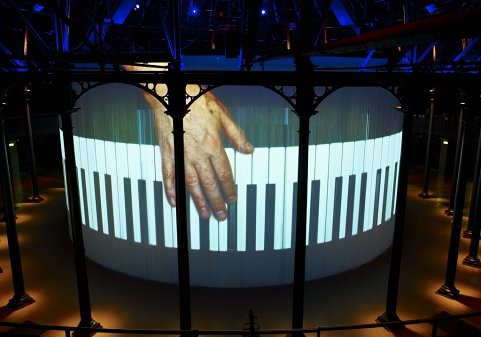 Represented by London’s prestigious White Cube gallery, Christian Marclay is known for creating works that bridge the gap between music and visual art. From an early period when he was still in school, Marclay has experimented using vinyl records and turntables as performance and sculptural materials. 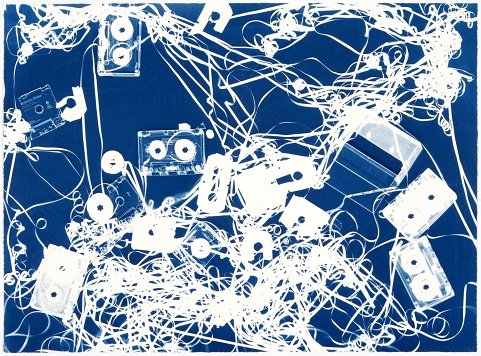 Some of Marclay’s earliest works are a sort of reference to the surrealist tradition of exquisite corpse – a game where several different artists collaborate on a drawing of a figure, without having knowledge of what the other artists’ drawings look like. Marclay used the covers of vinyl records, cutting and pasting them so that parts from several figures made a bizarre, disjointed whole. This work invited the audience to observe the way that music is marketed toward the consumer, and to have a little fun with it.

Much of the work that Marclay is doing today involves film and video, both as recordings of performances and as stand-alone video pieces. These still often concern musical aspects like instruments, sound recordings, or records. 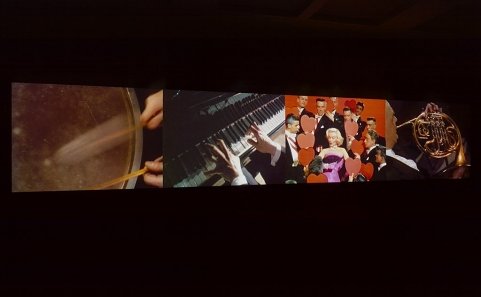