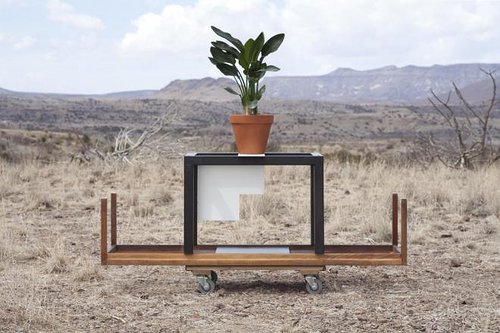 Florian Slotawa is a German artist who frequently uses found objects in his compositions, placing them in foreign environments to create contrast between the constructed and the coincidental.

I really love Slotawa’s series titled Local Plants, where the artist has photographed his constructions in the Arizona desert – potted plants atop constructions of prefabricated furniture, looking out at the environment that they might naturally be found in. These plants are like coddled domesticated animals being returned to the wild – they are hopelessly out of place, and any attempt to reintegrate them becomes both a mockery and a comment. 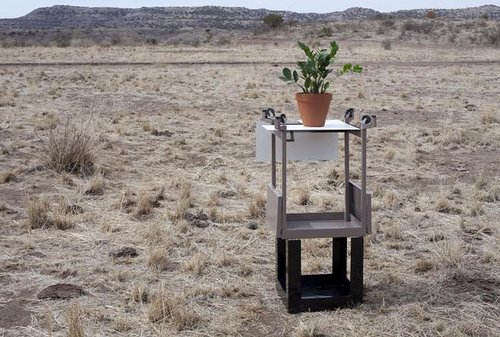 In the other work that Slotawa is particularly known for, the artist takes furniture and household objects and creates sizeable, stacked-up constructions in a space, allowing the furniture and objects to respond to the room in which they are placed. Of course furniture in a room will always interact with the space in some fashion, but Slotawa’s constructions allow for a more organic, less traditional intersection of forms. 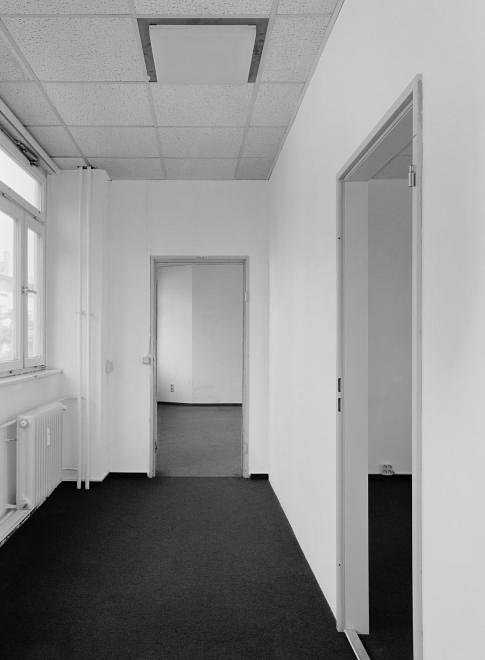