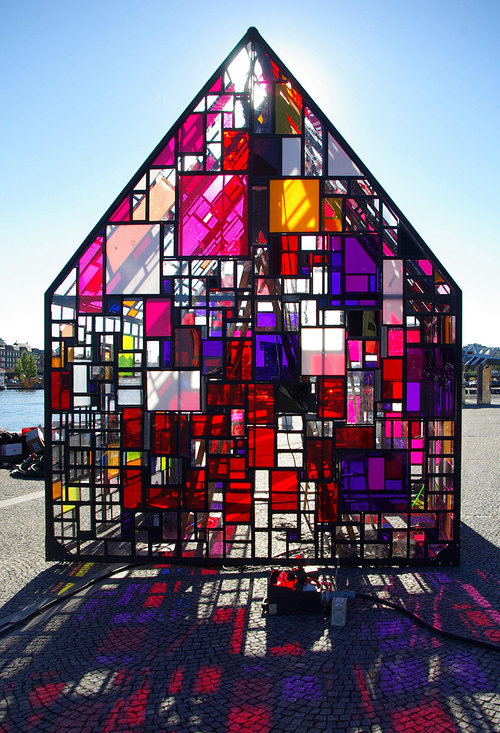 Tom Fruin lives and works in Brooklyn, NY, where he creates artwork that utilizes found objects and street detritus in bright, attention grabbing installations and sculptures. Some of the material that Fruin uses could easily be seen as garbage to the layman – his Treasure Map, R.V. Ingersoll work is effectively a quilt, sewn of plastic Ziploc bags that once contained illicit drugs.  Another, similar work titled Discard, uses found playing cards mounted together on a wall. 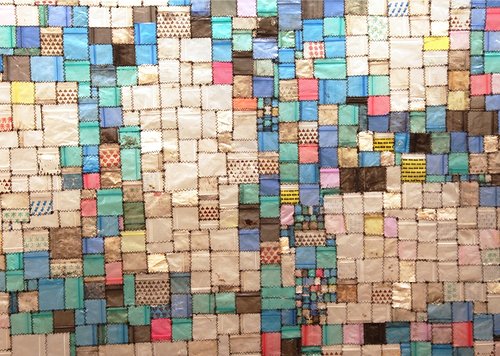 These works are interesting in their accessibility. Fruin doesn’t do a great deal to cover up the existence of his materials – while he puts them together and rearranges them, they remain fundamentally the objects that they would be if you found them on the sidewalk. There is something romantic in this deliberate repurposing of spent, discarded waste – and his insistence of being transparent about what he is using. 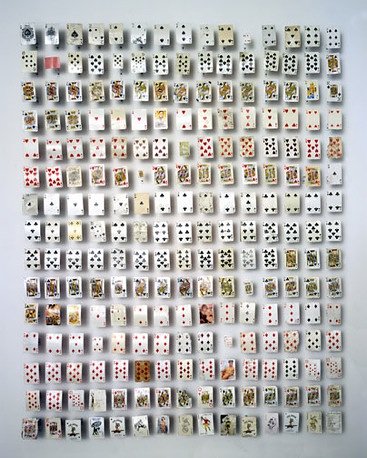