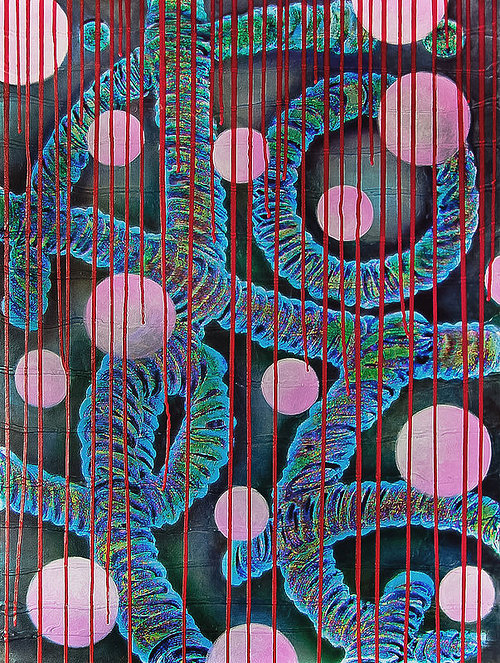 Kriterion, mixed media on board

Today we’re featuring the artworks of Jarmila Kostliva. Originally from Prague, Jarmila now works as a painter, creating colourful, frantic imagery that draws from her experience in music, dance and theatrical arts.

Jarmila’s paintings and mixed media works often take on an appearance that is fascinatingly organic, sometimes recalling the patterns of moss on trees, or bacteria under a microscope. She achieves this despite her often psychedelic colour-choices, using deep purples and electric greens to draw the eye all across the surface. 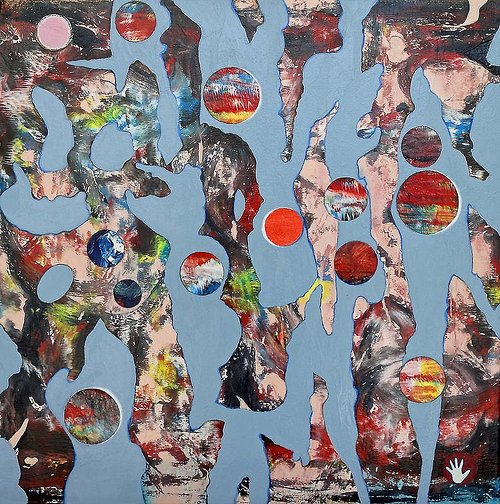 Also included on Jarmila’s portfolio is an archive of her older works, dating back to 1995. It’s interesting to be able to see the progression of the artist’s style, and the way that many of her older works have an almost Cubist sense to them, both in the use of colour and in the particular way that Jarmila treats forms and objects. The evolution has certainly taken the work to an exciting place! 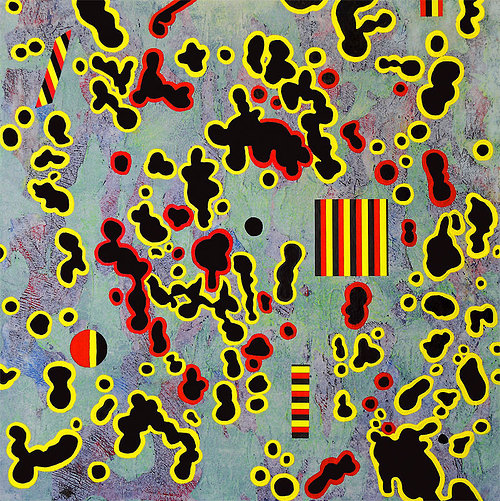