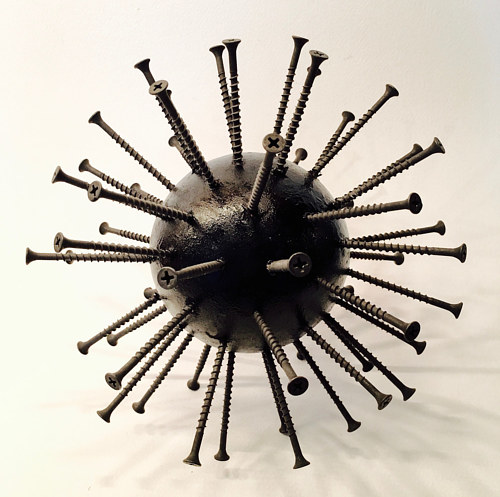 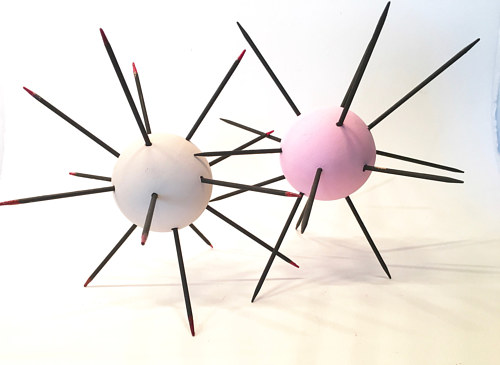 Angela’s sculptural works are quite charming in their relative formal simplicity, and with each new sphere functioning as a slight variation on the same theme, the series takes on a tactile, almost collectible sensibility. These sculptures stand alone, but seeing them in series does serve to elevate them. A few sculptures in the series are based on rectangular forms, but the sharp, arrow-like protrusions anchor them firmly in the context of the full series. 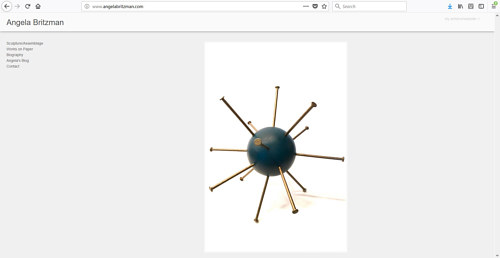 I also enjoy being able to see Angela’s two-dimensional works next to her sculptures. Her works on paper also draw on reduced geometric aesthetics, but often appear to be semi-figurative scenes of space, or the night sky. This series seems to add context to her sculptures, turning them into models of stars, or alien craft. 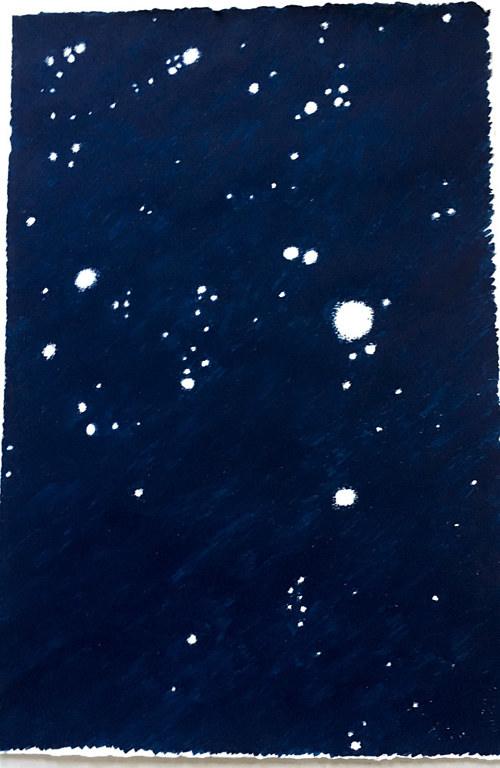