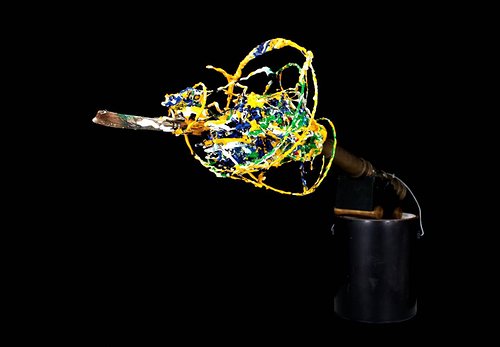 Adrian Molina lists his works as “sculptural paintings” and “painterly sculptures” – and the artist certainly enjoys combining disciplines in his work. Adrian attacks his works from a philosophical, and even scientific standpoint. 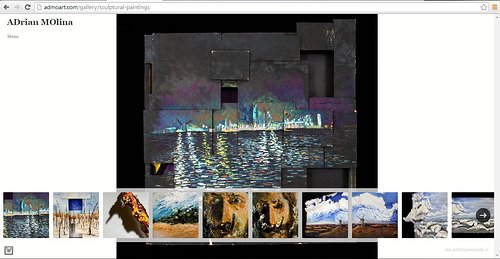 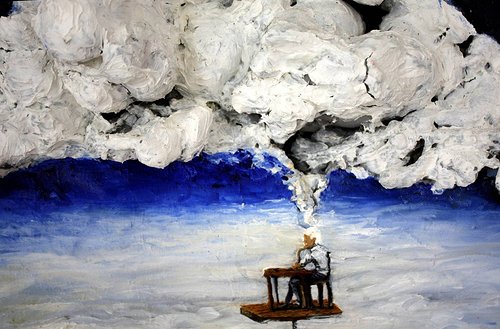 True, his sculptures are about as painterly as possible without being actual paintings. It looks as though the artist has used thick strings of paint, dried into three-dimensional forms, and arranged them in such compositions that from a straight angle, and on a black or white background, they do indeed look like modern abstract paintings. Similarly, Adrian’s paintings use multiple surfaces, or paint layered on so thick that it becomes structural, to break free of the flat plane of the canvas.

I’m also a big fan of Adrian’s Works in Motion – which are small stop-motion animation that he’s produced by taking multiple photos of sculptural works, giving them the appearance of strange machines or robots.

Colour of Sound I