Landscapes of the Central Coast by Thomas Kero 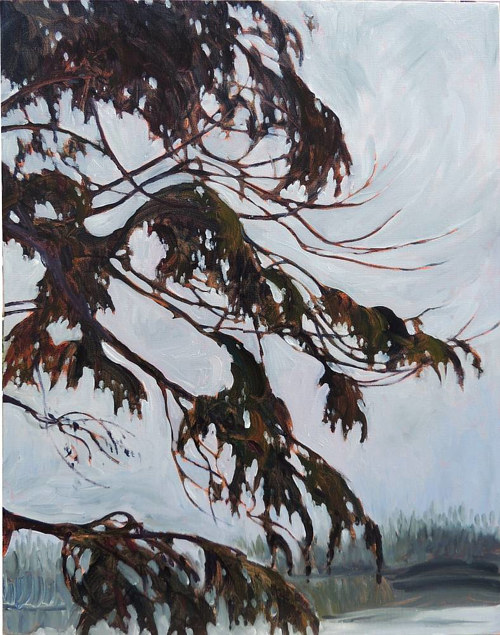 British Columbia artist Thomas Kero’s practice currently revolves around landscapes of the central coast of the province. Living in and working in the Heiltsuk village of Bella Bella, Thomas imbues his work with inspiration drawn from the landscape and the work of the First Nations artists living in the area.

Thomas’ paintings have a wonderful calmness to them, capturing the cool, damp climate of British Columbia’s central coast with tangible detail. The earthy tones and flowing tree forms that appear in the artist’s paintings seem influenced by well-known Canadian painters such as Emily Carr and Tom Thomson. I like the way Thomas treats modern subject matter like buildings and power lines, giving them an air of movement and mystery that is similar to the trees. In his Crows and Ravens series, the artist focuses on the striking black silhouettes of the birds, standing out harshly against dream-like, earth-toned backgrounds. 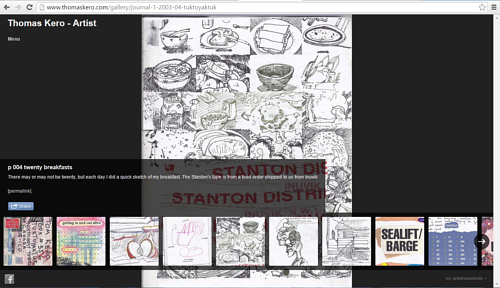 As a fan of experimentation and mixed media, Thomas has also delved into printmaking and drawing in his practice. Thomas has posted some of his sketchbook work on his portfolio, which is always fascinating to see.