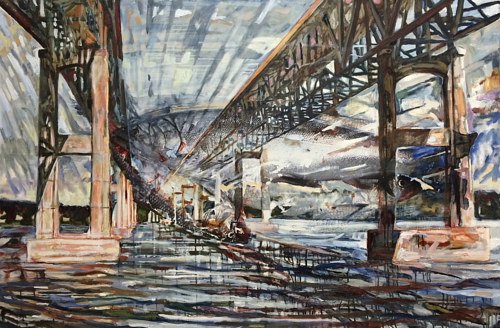 Blue Beacon with Trout and Shad, oil and transfer print on linen 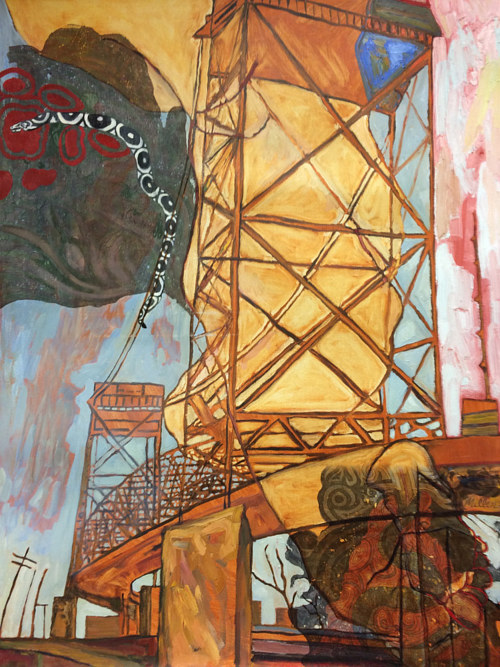 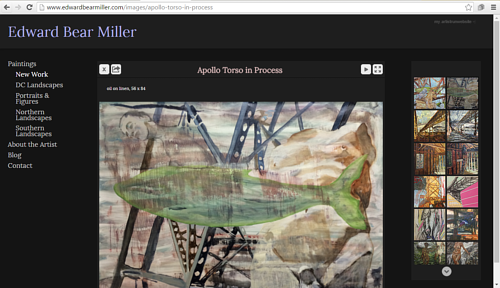 In some of Edward’s more recent works, the artist has been incorporating canvas transfer prints into his oil on linen works, painting directly over the transferred image. The result is a somewhat ghostly rendering of the subject that has a double-exposed look to it, something like the paintings of Michal Mraz. I find this works especially well for his city scenes, where the layered, patchwork effect of the paint mimics rust or dirt that’s collected on the structures.

Edward takes a similar approach to trees in his landscape works, and human figures in his portraits. I like the way he renders the changing tones and shades of skin using many patches of slightly different colour. The colours look true to life at a distance, with surprising variation and brightness when one looks up close. 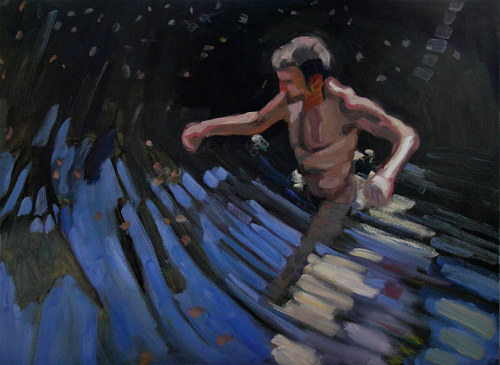 Move Through Blue, oil on canvas