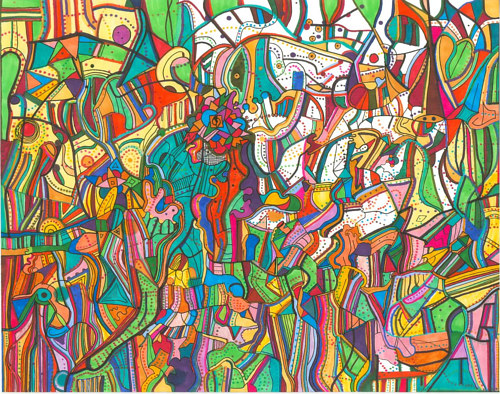 Abstract artist Robert Schroeder uses drawing techniques to create his busy line art abstractions. Each work has the appearance of a frantic road map, with different ink-drawn paths travelling across the page and intersecting to create patches of colour and pattern. 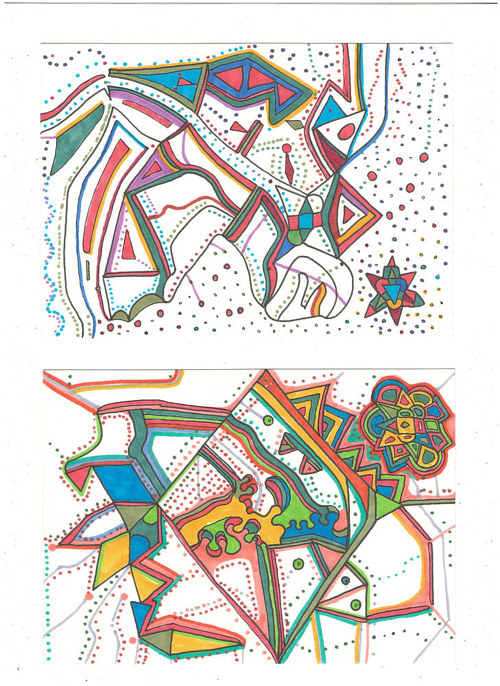 Robert uses ink, pencil and felt marker in the majority of his works. While the artist occasionally works in black and white, focusing on the nature of the line itself, I find his coloured works to be the most inviting. We looked at some of these artworks in our previous feature of Robert’s dizzyingly intricate artworks, and his more recent works don’t disappoint.

Just looking at one of the artist’s coloured pieces showcases the amount of painstaking work that goes into each piece. The lines never seem to waver, only curving neatly as if each movement has been completely pre-planned and flawlessly executed. Robert’s artworks function in new and interesting ways on a larger scale, as seen in his outdoor mural for Scratch Deli. 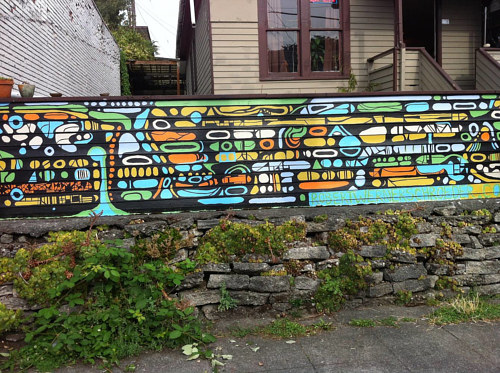