An Exercise in Perspective: Art by Jon Harris 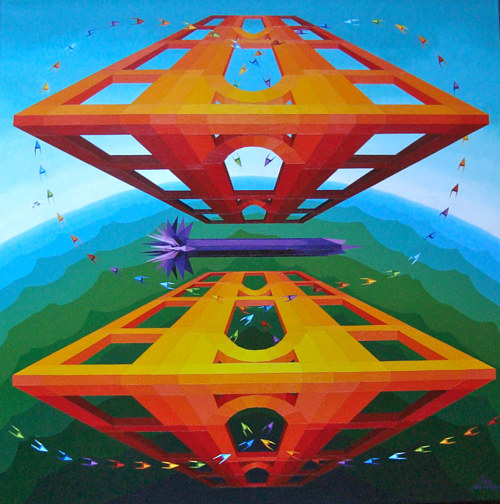 Painter Jon Harris’s works are an exercise in perspective, both in the physical sense and the psychological sense. Utilizing a mathematical sense of geometry combined with dreamlike colors and forms, Jon builds beautiful, imaginary spaces. 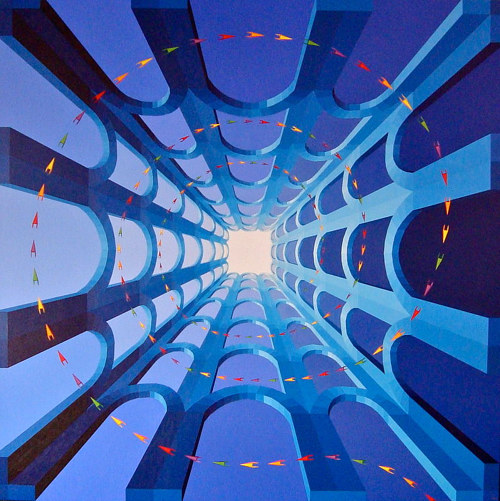 While Jon’s works appear totally abstract in some cases, more often than not they seem like architectural paintings of crystalline temples, seen both from within and from the exterior. Jon has stated that his paintings serve as mandalas for spiritual contemplation, the inspiration for images often coming to him in dreams or during meditation. Various spiritually-significant forms, like the temple, the pyramid and the arch become motifs that combine and recombine differently in each work. 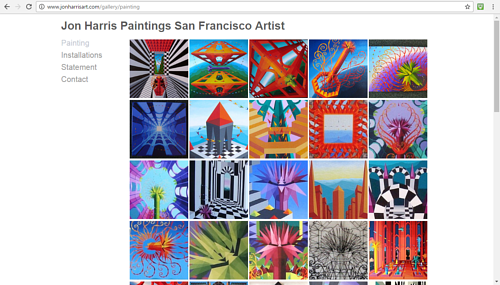 I really enjoy the deeply saturated colors and smooth lines that Jon uses in his works. While the constructions that appear in the paintings seem impossible in real life, they perfectly imitate the imaginary logic found in dreams.

The Fire of the Lotus, acrylic on canvas