Samsung has introduced a new product that acts as a hybrid of a TV set and a digital photo frame. Called The Frame, the new screen is a wall-mounted TV monitor that can play shows just like any other set, but is design with an outer frame that makes it look like an art print or a painting. When you’re not watching TV, The Frame gives you the option of setting it to “art mode,” which flips through up to 100 different paintings, turning the screen into the stunning piece of wall art that you always wanted. While info about the product specifications is currently sparse, The Frame should hit store shelves this spring. 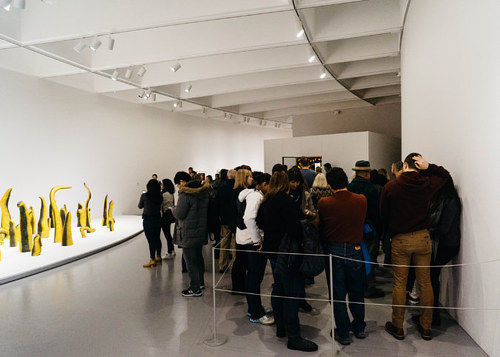 Visitors to the Hirshhorn Museum and Sculpture Garden in Washington, DC are reporting wait times of up to seven hours, just to get inside Yayoi Kusama’s touring Infinity Rooms exhibition. As of March 11th the museum had boasted over 95,000 visitors since February 23rd, its highest attendance rate in 40 years for that time frame. Even worse, only a third of those visitors actually got to see the Kusama exhibition. To compensate, the museum is allowing each group of guests only a few precious seconds inside each room - enough time to take a photo for social media - along with extended opening hours for the duration of the exhibition, which is at the museum until May.

Animal rights activists in Venice protested the opening of a Damien Hirst show by spreading 88 pounds of animal dung around the entrance to the gallery. The animals rights group 100% Animalisti dumped the dung around the Palazzo Grassi in the middle of the night on March 6th. The dung was accompanied by the message “Damien Hirst, go home!” along with a phrase in Italian that roughly translates to “here is my artwork!” Though as of this writing not much is known about Hirst’s current exhibition, the protest is in reaction to the artist’s previous works with animal corpses suspended in formaldehyde. 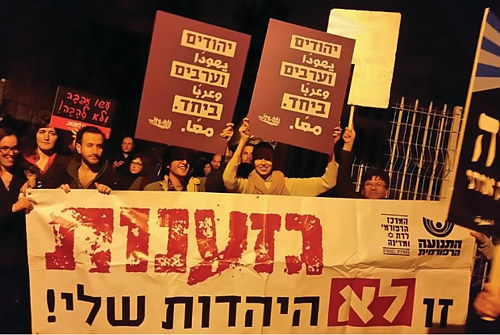 An art gallery in Jerusalem is being threatened with eviction following its hosting of a politically charged talk. The talk, titled Breaking the Silence, featured a number of Israeli soldiers speaking out against the “military rule over Palestinians in the West Bank and Gaza.” The gallery, a non-profit called Babur, has been an institution for 11 year, hosting numerous intellectual and artistic talks and discussions. Now it has been given 90 days to move out of its space after hosting the talk despite city warnings to cancel it. The gallery and artists are railing against the eviction, a side-effect of the current views by the Israeli culture administration that cultural institutions should display loyalty to the state.