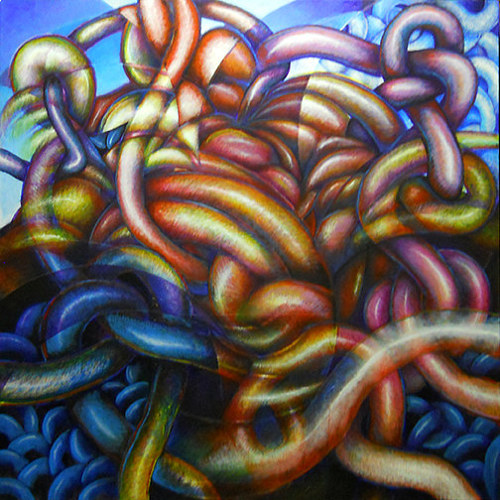 Digital and traditional artist Kevin McLaughlin utilizes an interesting technique that focuses on distilled expressions of organic form. Kevin’s works are colorful and have an almost alien appearance that entices the viewer with a convoluted, layered story.

In his traditional works, Kevin covers a canvas in undulating, cylindrical forms like numerous tentacles twisting together (though on closer inspection one might suspect that it was a single form snaking back over itself.) The overlapping three-dimensional abstraction provides space for color changes and experiments with lighting and composition. 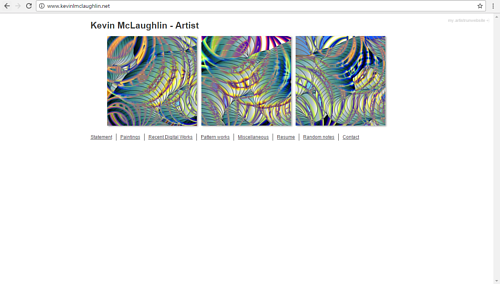 I really enjoy Kevin’s digital works: they seem to bridge the gap between organic and futuristic. In these works, Kevin seems to hint at a unified form, but breaks it up into layers and planes, making it seem as though the form exists in several dimensions at once. Some of these digital works remind me of those by Douglas Zest, with their cerebral, scientific yet highly abstracted aesthetic. 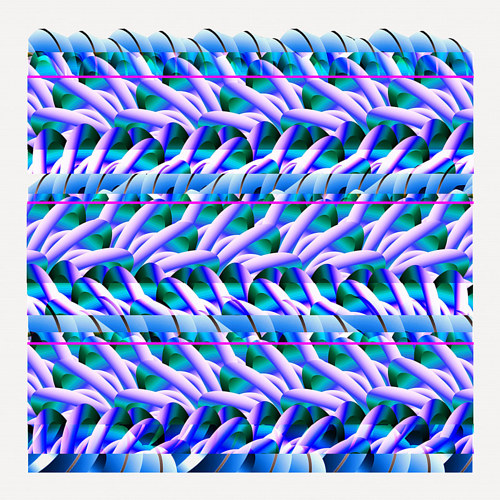