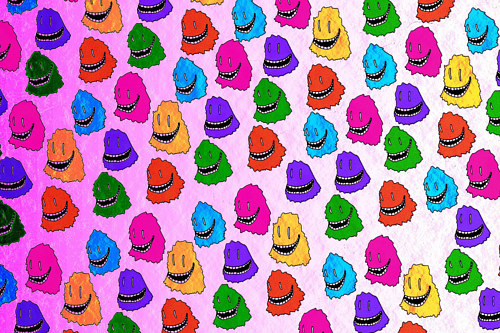 Evan Fowler is the Virgina-based creator of Doofus Media, an online space where the artist shares his multidisciplinary, stream-of-consciousness artworks with the world. Whether he’s creating two-dimensional works in traditional media, taking photographs, or working with avant-garde prose and photo essays, Evan approaches his body of work as a way to alternately reflect, or just vent.

Evan’s Late Night Snacks series is colorful in a cartoonish, street-art influenced way. Combining slightly grotesque and humorous drawings with abstracted photographic scenes, the artist creates an overarching aesthetic that references punk, surf, and skateboard culture, while remaining original. I can’t help but be reminded of some of Sean Bernhardt’s artworks, as well, while looking at these.

The Doofus Media gallery of photographs tends toward capturing candid moments, including late night scenes from parties, and general snapshots of youth culture in a certain geography. I especially enjoy Evan’s Very Few Apologies, which could function as a single work, or a series, offering snippets of poetic prose in combination with almost random images from which the viewer can glean a range of meanings. 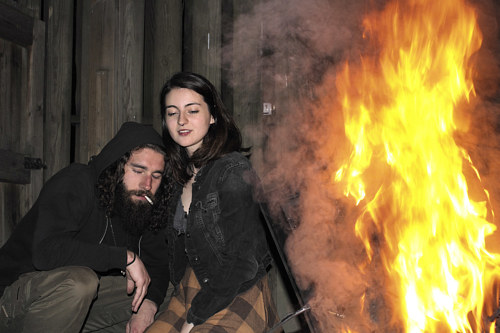