Devin N. Morris creates colorful collages, as well as media works in photography and video. Morris uses his practice to express and deconstruct American social constructs in the context of his own experience as a queer black man.

Collages build up spaces, with small, abstracted figures – the figures in the collages are usually all monochromatic or patterned, and seem to interact loosely with a space and with each other. Occasionally these figures are combined with photographic elements depicting human figures, creating a contrast and a sense of tension between the “real” and the two-dimensional. In other works, photographic figures are duplicated and cloned across an artwork, creating a sense of deja-vu.

Morris’ photographs depict individuals in staged poses and situations. The figures are often of ambiguous or deliberately skewed gender. Visions of queer identity abound here, with many of the photographs featuring black male models. 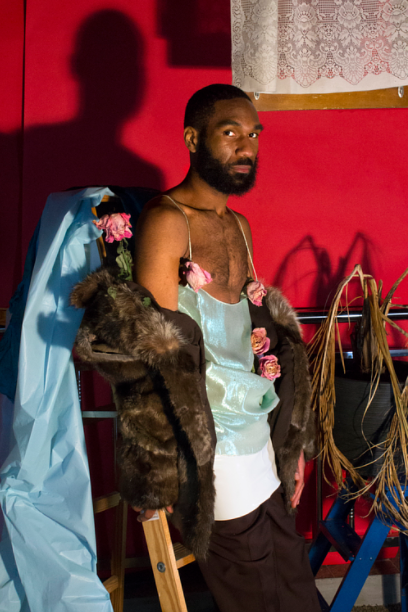