Fascination of the Unknown: Art by Lu Chao 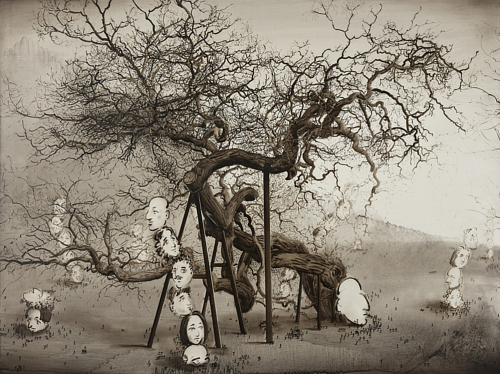 Lu Chao is an artist based in London and Beijing. Using oil paint and other traditional media, the artist explores the beauty and fascination of the unknown, taking as inspiration the Socratic Paradox – the notion of knowing that we know nothing. 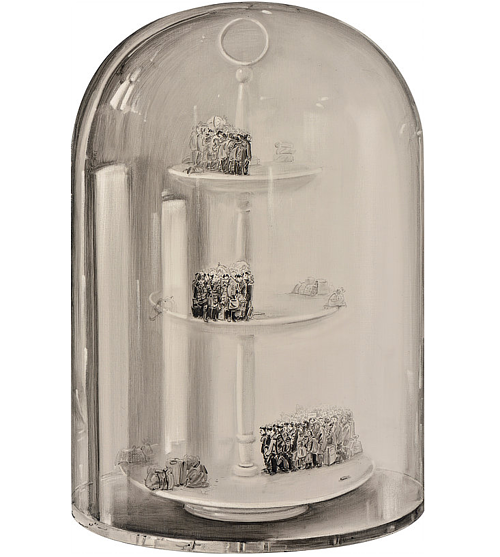 Container No. 2, oil on wood panel

Lu’s recent works are mostly created in greyscale, and each image seems to follow a narrative, though the exact nature of the image seems suitably unknowable. I appreciate the relative simplicity of Lu’s works in this series – they achieve a great degree of mystery and intrigue with the inclusion of only a handful of visible forms and figures.

A number of the artist’s recent works depict simple black spheres, which on their own could be satisfying abstract images, but when placed in frame with numerous tiny human figures become massive, eerie alien monuments. Lu’s exploration of the tension between forms creates deep symbolic meaning for the work. 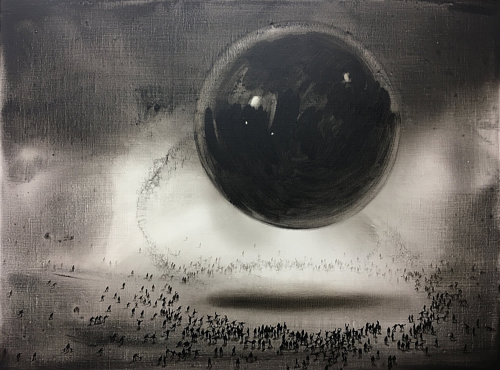