1) Grave of Egon Schiele's Muse to Become a Monument 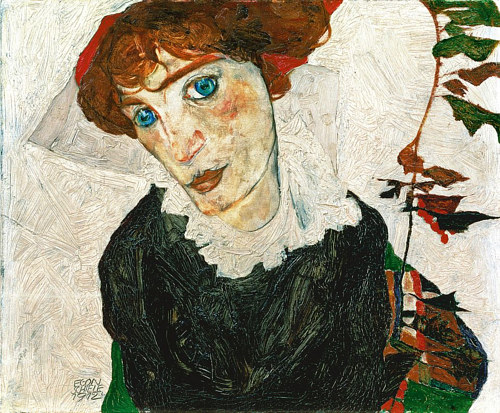 A grave, discovered in Croatia and belonging to Wally Neuzil, the one-time muse of famed illustrator Egon Schiele, is set to become a monument. Walburga “Wally” Neuzil modeled for numerous works by Schiele after meeting the artist in 1911, when she was 17 and he was 21. and is often called the “Mona Lisa of Austria.” In 1915, Schiele ended his relationship with Wally, who then traveled to Sinj, a city in what is now Croatia, to work as a nurse during World War I. She died two years later, on Christmas day in 1917. The grave was discovered just two years ago, and now provenance researcher Robert Holzbauer has launched a €2,000 campaign to have the grave site restored, as a monument to a particular era of European history. 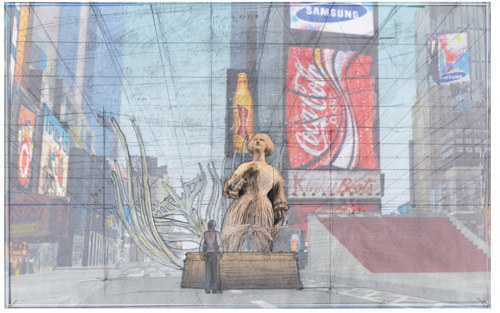 Artist Mel Chin is designing an immersive, and ambitious interactive art project that he plans to install in New York’s Times Square. Produced in conjunction with a retrospective of the artist’s work at the Queens Museum, the installation will take the form of an augmented reality scenario titled “Unmoored,” plus a large-scale kinetic sculpture “Wake.” According to Chin, the intent of the work is to offer a publicly accessible projection of how climate change will drastically affect the area of New York in the near future.

A public hearing on the topic of New York monuments on Wednesday brought calls for the removal of several well-known public sculptures. In particular, residents seemed unanimous in their hatred for a Central Park statue of J. Marion Sims. Sims has been called the “father of modern gynecology,” but was also known for performing inhumane experiments on female slaves during the 19th century. While Sims was an easy vote, the audience at the hearing was conflicted on the potential removal of a statue of Christopher Columbus. Many have pointed out that Columbus did far more harm than good in “discovering” and aiding in European colonization of the Americas, but some also argued that removing the statue would be a show of disrespect to the Italian-American communities in New York. 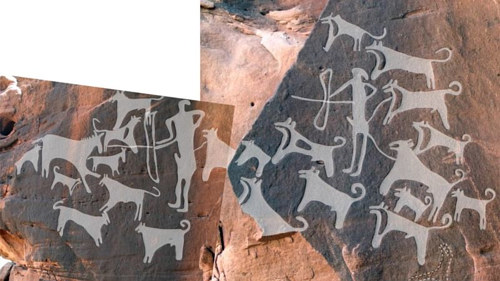 Some ancient cave paintings found on rocks from the Arabian Peninsula are shedding new light on the history of domesticated dogs. The paintings, which date back to around 8,000 years ago, appear to depict humans hunting with dogs -- some of which are on leashes. A study published in the Journal of Archaeological Anthropology notes that this would be the earliest evidence of domesticated dogs in that geographical area, as well as the earliest evidence on record of leashes. Some are cautioning that it is difficult to make a definite judgement -- the lines could simply be stylized marks, not meant to depict actual leashes.