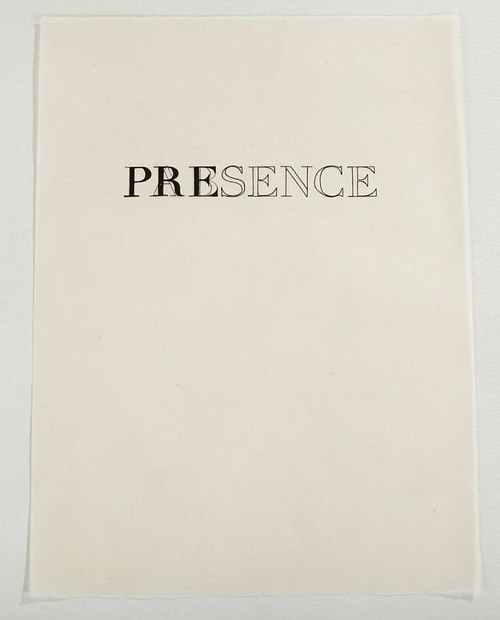 Kristin Leigh Calhoun works with text, manipulating words and letterforms into concrete poetic images. In some works, the focus seems to be on the conceptual meaning of the words, while in other works Kristin takes a more visual, formal approach, examining the aesthetic appearance of words and letters. 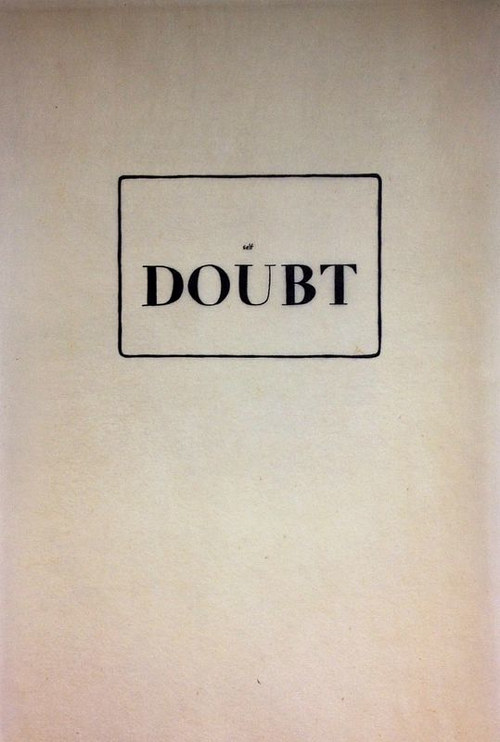 I’m enjoying looking through Kristin’s series Subtext. The images in this series are mostly composed of sets of two words, related in meaning and often similar in spelling. In pieces dealing with the term “self doubt,” Kristin arranges the words so that their relative position and design seems to affect the meaning of the other. In self Doubt, the word “self” hovers above “doubt,” the former exponentially smaller than the latter, suggesting doubt that overshadows the self.

In self DOUBT, the word doubt is transparent and set behind the solid word “self,” printed in the same size and font, altering the suggested meaning of the phrase toward the implication that the doubt is ever present, but not overwhelming. 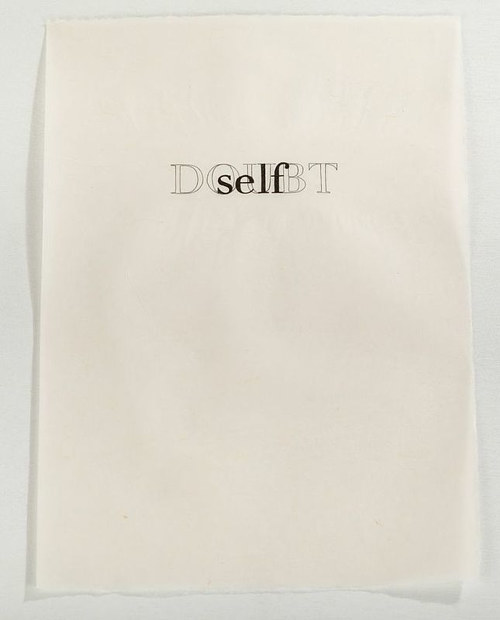